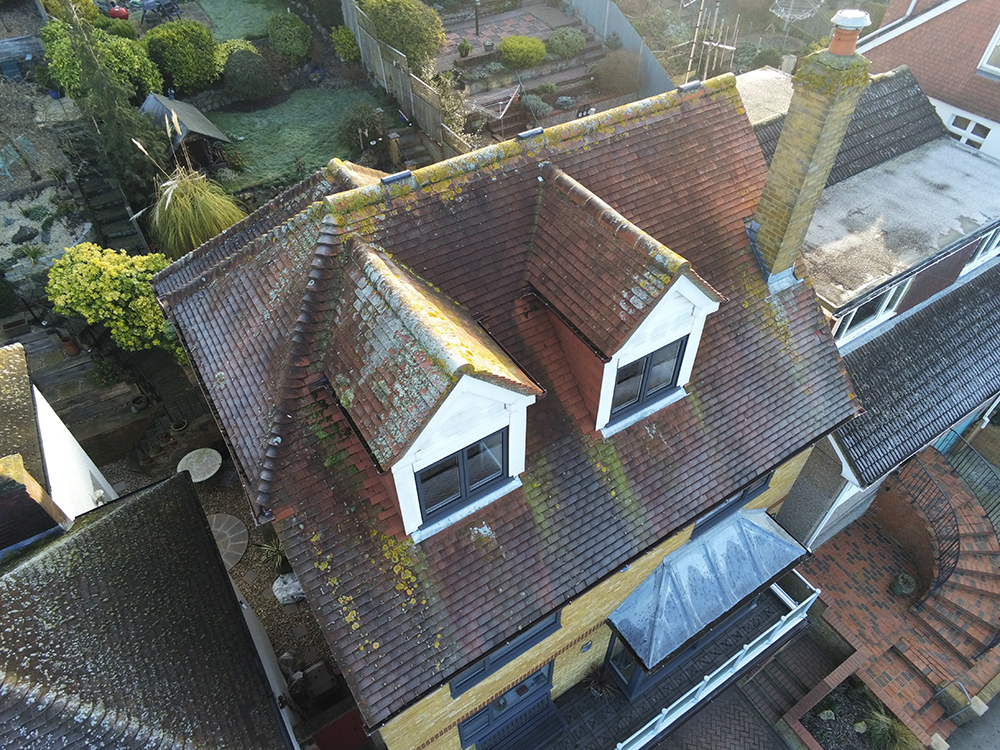 Shortly after the strong winds of Storm Bella in December 2020, I was contacted by a home owner after they found a roof tile in pieces on the driveway.

From the ground, it was clear that a tile had come loose from the roof, but beyond that there was not much more that could be determined.

To help with raising a possible insurance claim, and to help get quotes from roofers, the owner asked me to come along and take a series of images and video of the roof. The homeowner requested images not only highlighting the area from which the tile had fallen come, but other parts of the roof which were impossible to see from the ground.

We used one of the smaller drones here, as we could conduct the flight with no overflight of the public, and using the smaller drone we didn’t need to notify the surrounding houses or stop traffic on the road. With this drone we were able to get some excellent high resolution images of the patch of roof where the tile fell from, and was able to determine that there was no other obvious damage or defects to any other part of the roof, including the chimney and cowl. The images were also helpful to the owner, who was unsure of the state of the guttering around the roof. The gutters were also found to be in good order and free of debris.

Although the insurers were not able to help with this claim, as it was determined that the tile had been slipping for some time prior to the storm, it enabled the decision to made more quickly which has resulted in less time wasted waiting for answers. The photos will also go on to provide roofers with a close up view of the tiles to enable them to make fast and accurate quotes for the repair. All of this was achieved without a ladder or anyone having to gain physical access to the roof!