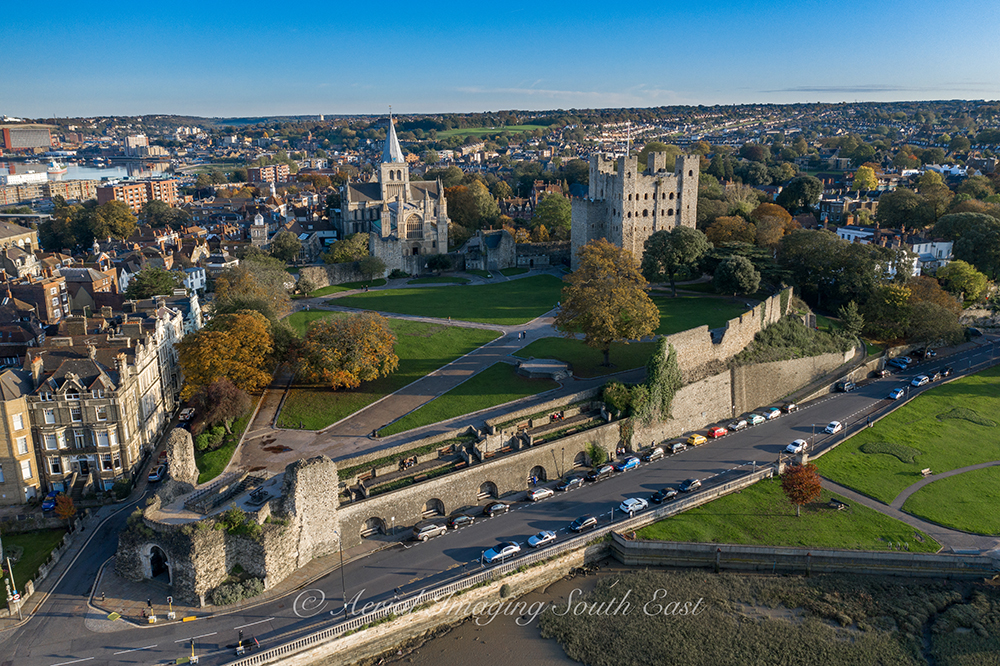 Rochester Cathedral is the second oldest cathedral in England, dating back to the 11th Century. In an effort to better understand and to preserve the features that adorn the building, the Rochester Cathedral Research Guild have been digitally recreating the building and details using high resolution photographs and videos, to create stunning digital models.
Large parts of the Cathedral are difficult or impossible to access, so getting good high resolution photographs or video was a challenge. In addition, to accurately create the 3D digital models, the features need to be captured from as many different angles as possible.
Having already done some aerial photography for the Cathedral, I was contacted to discuss whether it would be possible to use drones to help image some of these hard-to-reach areas. After some discussion it appeared to be entirely plausible and safe to carry out, so a proof of concept flight was arranged to see how well the drone footage works with the 3D rendering software. The flight was challenging, there were occasional gusts coming from different angles round the building, and we were working in a fairly confined space. There was a large tree, in the area of interest, meaning I was having to position the drone with extreme care while capturing the images.
The results speak for themselves though. Have a look here to see some of the results and some words from the Cathedral’s Research Guild. This project will take many months or years to complete, and is incredibly exciting for everyone involved.